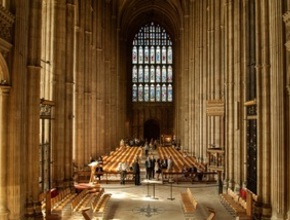 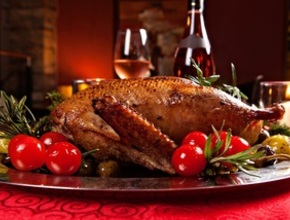 After your morning pick up we begin this festive tour with a visit to Canterbury. The ancient city of Canterbury has been the centre of Christian worship for almost 1,700 years. Its greatest treasure is the cathedral, infamous as the setting for the brutal murder of Thomas Beckett in 1170. When Henry II snapped "Who will rid me of this turbulent priest?", four of his knights rode to the Cathedral and sliced Beckett’s head off. Canterbury became the centre of one of the most important medieval pilgrimages in Europe, immortalised by Geoffrey Chaucer in The Canterbury Tales.

Whilst at Canterbury you will have a chance to enjoy the Christmas services in the cathedral (subject to cathedral service timings).  Also in Canterbury we enjoy our Christmas lunch, which includes traditional roast turkey with all the trimmings followed by delicious Christmas pudding.

We then head to Dover where we stop for fabulous views of the White Cliffs. No writer evokes the spirit of Christmas more than Charles Dickens. The former City of Rochester, with its unique atmosphere and wealth of historic buildings, provides us with an opportunity to step into the life & times of Charles Dickens – you’ll see many locations marked with plaques, as mentioned in the novels. Victorian-style street lights line the cobbled streets of our walking tour, taking us past both the 11th Century Cathedral and the 12th Century Castle, symbols of the town’s earlier importance in Medieval times.