The BIG One: Monsters of Rock! (Full day) 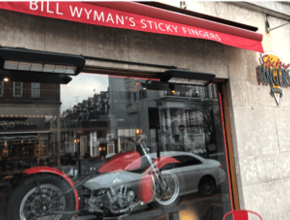 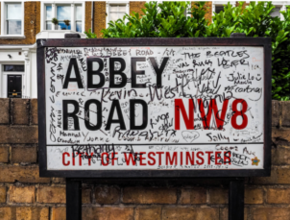 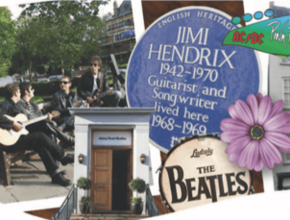 Your experienced rock guide will take you to Paul McCartney’s Golden Disc-covered office and the Beatles own theatre among many other Fab Four locations. You’ll also visit ‘Tin Pan Alley’, Pink Floyd’s studio, famed rock pubs where AC/DC, U2 and The Clash all began their careers. You’ll see where the Rolling Stones, Queen and Bowie recorded their first hits and the clubs where rock was born. And of course there will be time to walk across the famous Abbey Road crossing outside the studio. There are stops and stories relating to Jimmy Page, Amy Winehouse, Jimi Hendrix, Elton John, The Who, The Kinks, and more...

On the afternoon tour join us at famous gig sites, rock hotels, record labels, man- agement offices and studios. Paul McCartney still lives near the famous Abbey Road recording studios with its infamous Zebra crossing which we’ll walk across. We’ll see where legendary Jimi Hendrix lived and died, the head quarters of Led Zeppelin, Rolling Stones sites and the place where Freddie Mercury and Queen hung out inspiring Bohe- mian Rhapsody. Then there is Eric Clapton, Pink Floyd, Bowie, Sex Pistols, Bob Marley and Elton John, all personalised for you in a small group minivan tour.