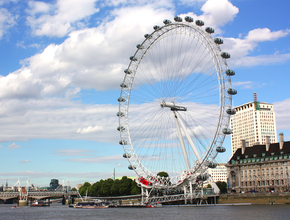 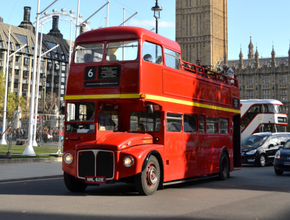 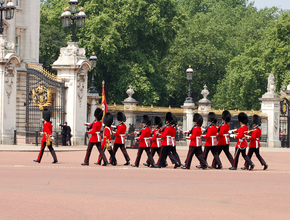 What better way to see the highlight of London than from on boards a vintage double-decker bus? Enjoy great views of Westminster Abbey, Big Ben, the Houses of Parliament and the London Eye as we meander through the streets and history of our great city. The tour also includes a short trip on the river Thames and the chance to see the Changing of the Guard at Buckingham Palace.

Open Top Double Decker Bus Tour
Take your seat on our beautifully restored double-decker bus and marvel at all of London’s highlights including Westminster Abbey, Big Ben, the Houses of Parliament and the London Eye.

The Tower of London
Join us at the Tower of London that was built nearly a thousand years ago and is now home to the Crown Jewels protected by the famous Beefeaters. The imposing former palace was once used as a fortress and a prison and you can see Traitors Gate where prisoners entered the Tower for the last time!. We stop for photos and a history lesson from the guide before our cruise.

Private cruise on the River Thames
Enjoy our new private and exclusive river trip that passes Shakespeare’s Globe, Cleopatra’s Needle, London Bridge, The Shard and Tower Bridge. Enjoy the magnificent view of Tower of London from the private chartered boat from the river before we arrive at Milbank/London Eye pier.

Photo stop at Buckingham Palace
Buckingham Palace is the official Royal residence of Her Majesty the Queen, and we make our way to the perfect spot to for photo opportunities to see the Queen's guard dressed in their fabulous tunics and busbies.